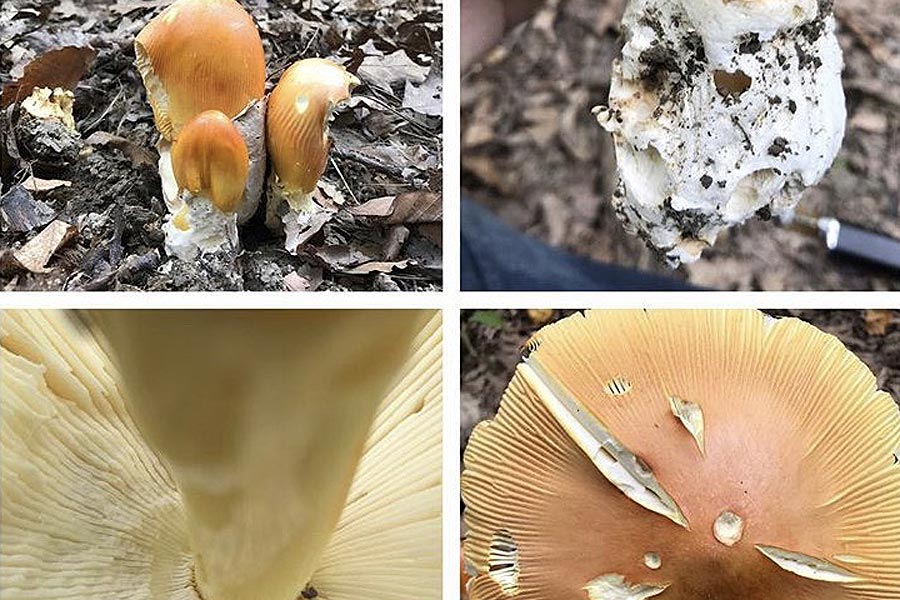 It’s been well over a decade since I started foraging for wild mushrooms. During that time I’ve amassed an arsenal of knowledge that allows me to safely identify edible species. When I first started foraging my mentors always emphasized, first & foremost, that I shouldn’t consume any mushroom that I wasn’t 100% certain that I had properly identified. I’m happy to point out that I’ve never even mildly poisoned myself or others and I’ve served over 100 species of foraged mushrooms to thousands and thousands of people. As someone who’s career has focused on finding and cooking these foods this is something to be proud of.

There is a large family of mushrooms known as the Amanita’s that contains one of the most #delicious of species and the deadliest of species. A great many of these mushrooms are toxic. Some of them such as A. phalloides, also known as the Deathcap, are so toxic that they will kill you with as little as 30 grams, about an ounce. Being able to competently and confidently identify these mushrooms is just as important as being able to do so with edible varieties. Due to the fact that there are species of Amanita that will kill you it is often advised that you should stay away from all of them.  This overabundance of caution is essentially a fearmongering tactic that should only be adhered to by the most novice of foragers. I write this, not to scare or dissuade you, but, to convey the importance of throughly and properly identifying fungi.

Amanita jacksonii is mychorrizal. These were found under oak and beech. The mushroom arises from a volva, a sack like feature that looks somewhat like an egg whose top has been cut off. The stem can have fibrous patches that are various shades of red and orange and has a loose flowing ring near the top. The gills are crowded, free or slightly attached to the stem and will be a yellowish orange or cream color. The cap starts out egg shaped then opens up to be convex. It will be various shades of orange-red with the color fading in intensity towards the margin. Radial lines are present starting at the margin and reaching up to 50% of the way to the center of the cap. The flesh does not stain when cut or bruised and the spore print is white.

This is a delicious mushroom with a unique flavor that I can only describe as “WOW!”. It is a favorite summer mushroom of mine to forage and will quickly become one of yours too.