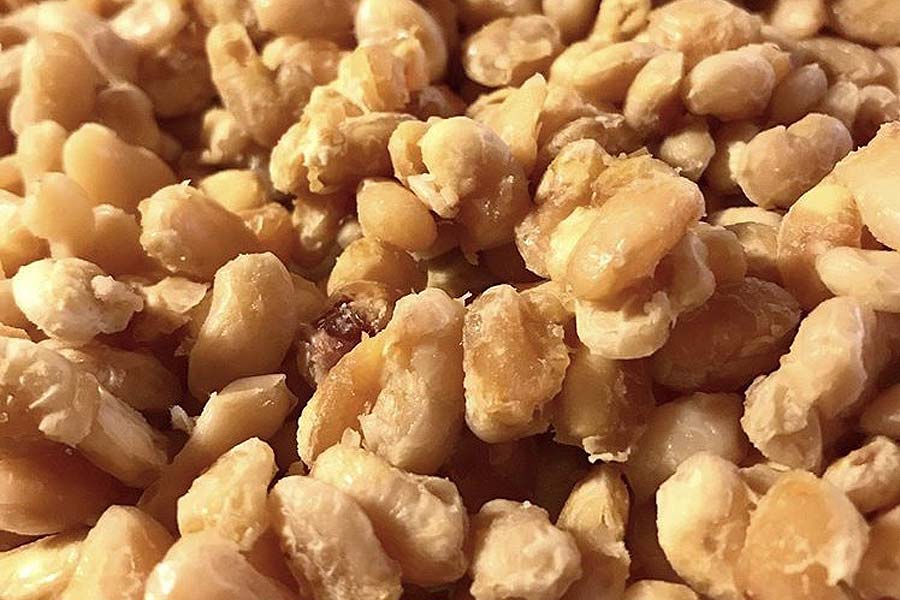 These are commonly referred to as ‘fermented black beans’ in English and are most widely seen in dishes that contain ‘black bean sauce’. Douchi is a chinese style of bean prepared using koji, specifically Aspergillus egyptiacus but at Larder we use A. sojae. It is one of the most umami foods that I can think of and it is also extremely versatile in the kitchen. I document it comprehensively in our upcoming book Koji Alchemy.

While black soybeans are traditionally used I opted for white beans in this version. The beans are cooked, inoculated with A. sojae, salt cured to 7%, and then slowly dried. It’s that simple to make them. We’ve been using them in everything from coleslaw to bean salad to gravy at Larder. They also happen to pair exceedingly well with a nice and fruity dark chocolate.

Freshly cultured beans. They are cultured with Aspergillus sojae. 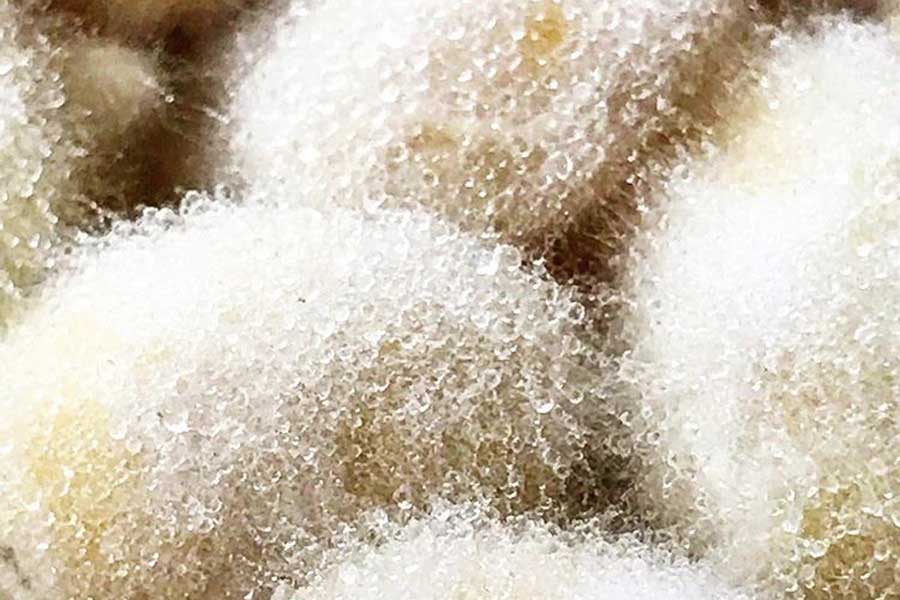 A close-up of the cultured beans. 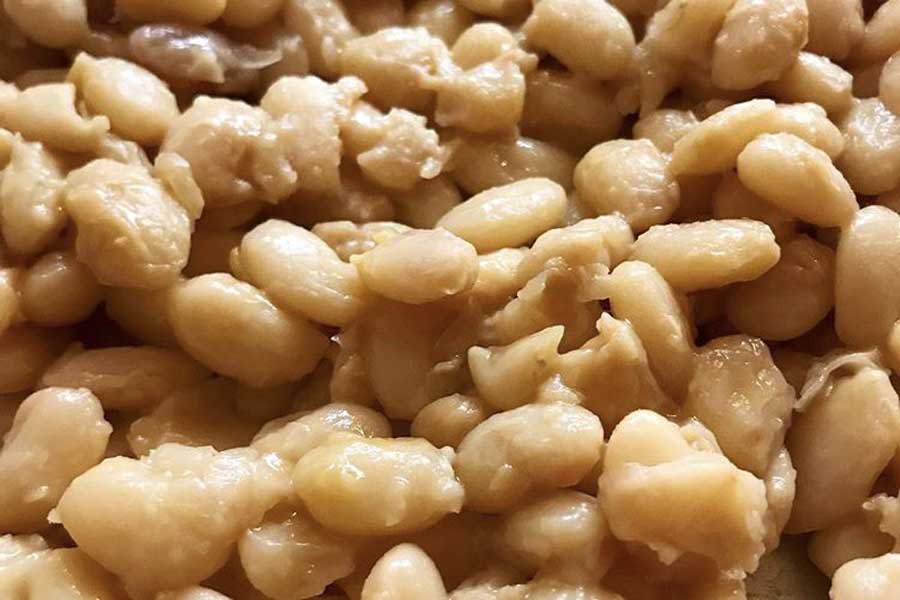 The beans as they appear after the have been salted.