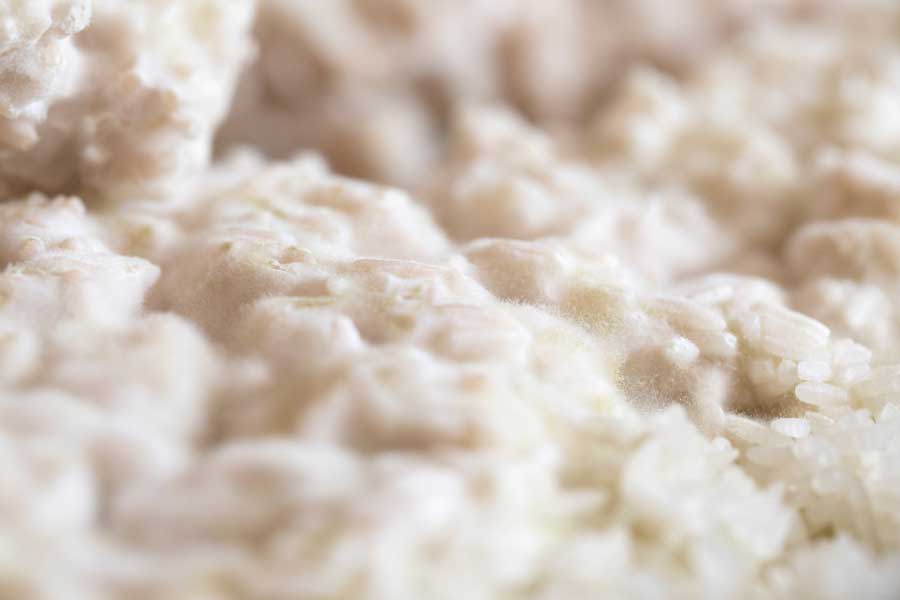 History and Importance of koji

Koji has a long and varied history. It’s believed that it was domesticated shortly after rice was, somewhere around, if new archeological evidence is confirmed, 7,000 BCE on the Korean Peninsula or in China. After domestication it was realized that it could transform the unfermentable long chain starches in rice into simple fermentable sugars. It was also realized that it could do the same for the complex proteins found in beans by turning them into extremely tasty amino acids.

After this discovery was made people developed many applications for koji and it spurred countless types of foods. The most commonly known ones are Japanese, soy sauce, miso paste, and sakè but versions of these foods exist in their own unique right in China, the Koreas, Thailand, Vietnam, Taiwan, and several other Asian and Southeastern Asian countries. In fact, within each country there are several different versions of each of these foods.

The Japanese have such a vested interest in koji that it has been declared the National Mold. Koji makers in Japan are so revered that they enjoy the same status we grant to our celebrity chefs. Koji’s magic is that powerful.

Koji is a mold and molds are fungi. Fungi are enchanting organisms that are so distinct in their physiology and morphology that they have a taxonomic kingdom all to themselves.

The lifecycle of a mold or fungus starts off as a spore. The spore is something akin to the seed of a plant or the egg and sperm of an animal. Once a spore starts its life it produces tiny filaments called hyphae. These hyphae eventually form a dense mass called mycelium which resembles the roots of a plant. The hyphae and mycelium grow on and in various substrates, wood, insects, soil, animals, and break them down using enzymes. The base nutrients that are left behind after this breakdown are then absorbed by the fungus.

Koji produces two main types of powerful enzymes, protease and amylase, as it grows on cooked grains or seeds or just about anything starchy. Proteases break down proteins and amylases break down carbohydrates. What makes koji unique is how fast it does this. Once koji spores have been incubated on cooked rice or other foods the flavor, taste, and aroma changes associated with this enzymatic breakdown is fully noticeable within 36-48 hours. That’s incredibly fast. If you were to look at this process in a fruiting fungi, such as oyster mushrooms, it can take many months to see similar transformations.

As I stated before, koji is responsible for making foods such as soy sauce, miso paste, and saké but that’s just the tip of the iceberg. Many other foods are made using koji. Two of the most prominent would be amazake (sweet koji) or shio (salted koji). These two foods are made by mixing koji with cooked rice and water in amazake and koji with water and salt to yield shio. Both amazake and shio are used to make a variety of foods or even consumed as is.

Amazake is drank as a healthful beverage in Japan much like people in America drink kombucha or other hip probiotic beverages. Amazake is also an important ingredient in sakè and rice vinegars. When pitched with yeast amazake ferments into sakè which can then be fermented into vinegar.

Shio is used as a seasoning when cooking and also as a medium to cure or pickle vegetables and proteins.